Monday was a holiday due to Hari Raya, so my parents mede a decision to bring us to their fren's art-exhibition, it was held at Concorde Hotel @ Shah Alam. We had dim sum for brunch first at Federal Hotel before going to the exhibition. The restaurant was darn crowdy tat day, somemore it's having buffet promotion *argh* Din manage to be really full wit hunger satisfied, there're too many patrons yet the restaurant is wanting in waiters *sigh* Sadly, egg tart, my all time fav had sold out also :/ Hmm, selling like hot cakes huh~ We left n headed to the art-exhibition afterwards.

We reached Hotel Concorde in 15minutes time. The painter of all those painting pieces named Yap Kim Boon, he's my mum's high sch mate. His works in vivid n rich colours illustrate the richness of the local culture n surrounding in an accessible manner. From the conversation btw my parents n him, i knew tat he's actually using hand-made bamboo palette knife so tat it can result in three dimensional textured effect n capture light as well as movement uniquely. Wow~ His particular way of painting left a deep impression on me, I'm very inquisitive bout how did tis unique way came into his frame of mind, so i asked him out of curiousity :) *haha*

He said he got tis idea from a visit to zoo negara, when he's taking a walk in the quiet grove. He heard sounds tat r comfortable to hear from the sorrounding, so he lifted up his head n he catch sight of a dense thicket of bamboo flapping each others when the wind blew, tats the sound bamboo patting each other~~

He thought of using bamboo palette knife on the instant, he never giv up even though the bamboo palette knife didnt result in good outcome in his first try. He kept trying again n again n ultimately, he succeeds after countless attempts. He shoots to fame once after he used tat unique way to present his painting pieces. He claims tat the path to art has never been an easy one.

"One desires to succeed to in anything, they must pay the price"

He has devoted his time n great effort to pursue his dream, in spite of all obstacles n failures, he still perserved wit his attempts, unremittingly. I esteem n admire his persistence from the bottom of my heart :)


the exhibition entitled " Cadence of Nature " 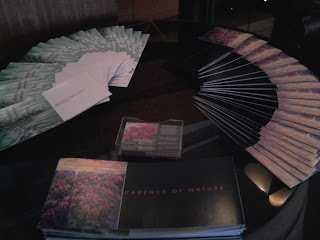 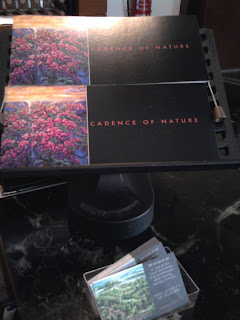 The message carried by the painting is the interdependence n synergy among ppl n btw man n nature. I like tis indeed <3 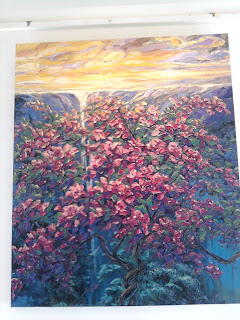 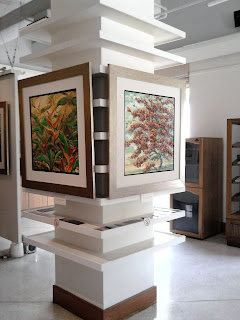 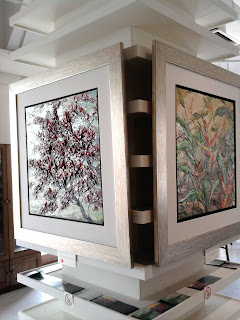 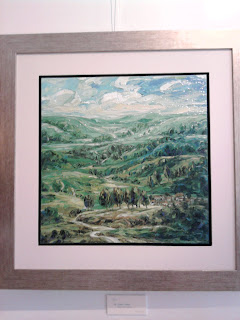 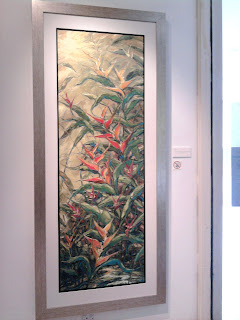 Witnessing those masterpieces is a stimulating n soothing experience, bringing to life the beauty of natural environment :)

camwhoring while parents chatting wit the Mr Yap, the painter 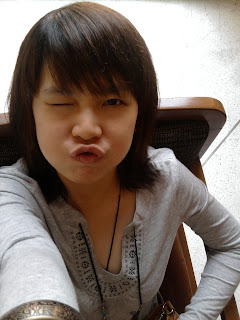 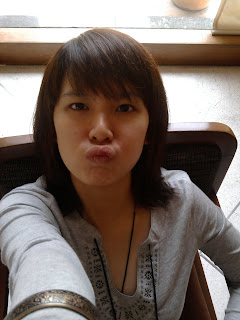 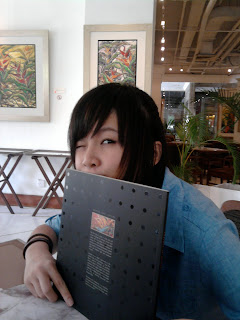 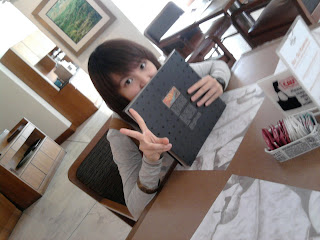 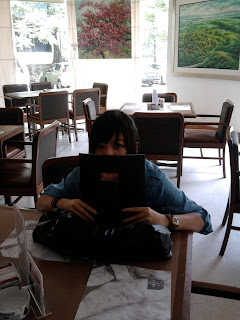 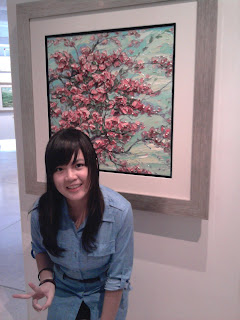 we bought tis painting which they're taking pic wit~ 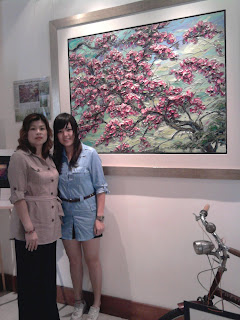 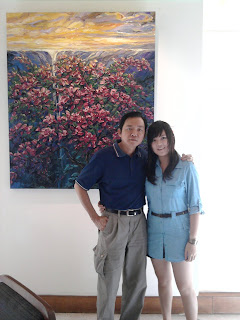 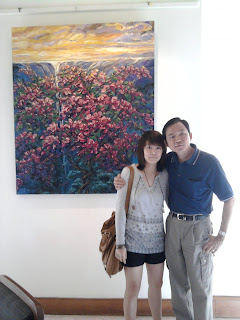 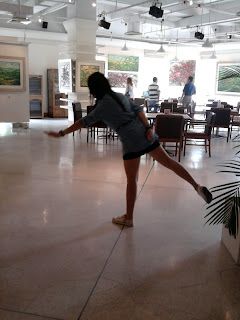 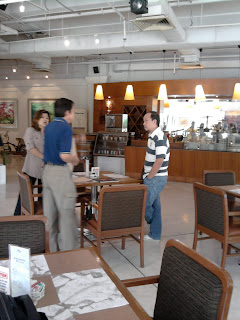 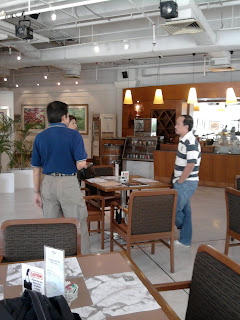 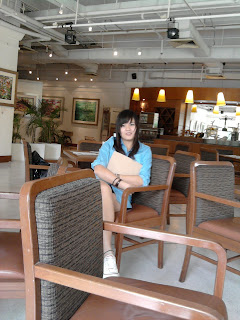 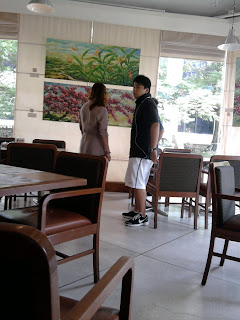 After tat, we went Low Yat Plaza to collect my laptop n we bought a new laptop to suffice for our needs. N i'm super-duper-hyper-ultra happy tat day as my parents bought me a digital SLR :) Daddy mommy, I LOVE U sooooo much *loads of love* <3 *muachs*

Posted by valerieyeehong at Friday, September 25, 2009