Genting Trip with Friends, special one^^...

Fun Fun Fun :)
I had an enjoyable Sunday in Genting with some foreign countries' friends ( Reza, Dina, Mohannad & Mohammed) as well as some local friends( Kai Wen, Ronald, my sis, Yee Ling & her bf), it was really fun, my very first time to hang out wit foreigner.
Fortunately, it was not crowdy over there, we could have fun without having to queue up for a long time.
meanwhile, never have to worry about that we would become human-made burger.
We played a lot of excited games, and roller coaster is the most irritant one( i think la :). Some of them may not see-eye-to-eye with me, as they had tried lots of other games which are much more excited. I didn't have a try on those games because for me, they are horribly scary. Do u dare to play??
Instead of some irritant one, girls played some childish one >>> Flying Aeroplane :) Before deciding to step into the aeroplane, i took few minutes into consideration..."are u really going to play this game??", i talked to myself, and lastly, i went into the aeroplane with kai wen and it was really.........................................NOT FUN at all...
me & kai wen, kai wen seemed like blowing away by the strong wind :) she's slim. 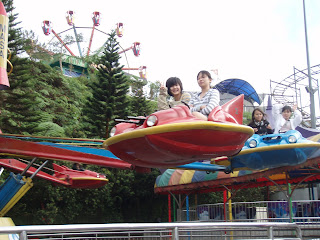 dina and yee ling...yee ling's expression and hand posture showed that ''i'm hungry, it's time for me to grab some human for food to fill my tummy!!"
*Ahaha* 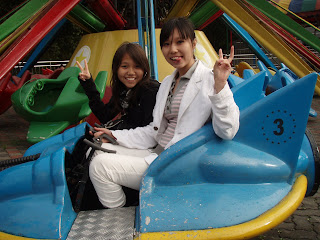 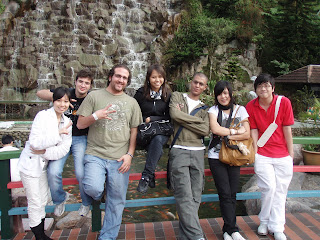 We dont need any reminder for our lunch, as there is always a person who will remind us to get something to eat, Mohannad, he kept shouting "i'm hungry, i wan burger king" while we were playing. Haiz, he doesn't consider his stomach size at all. I asked my foreign friends that why they would choose Burger King instead of KFC or Mcdonalds?? they said, "the sizes of the burgers and drinks at KFC and Mcdonalds turned into smaller one in Malaysia, although what we ordered are the LARGE set one. In our own countries, the LARGE set is really large, with large burger, large french fries and large beverage, unlike in Malaysia, everything seemed jerry-made." Hey, Malaysia one are not jerry-made, but every countries have diverse requirements, so those fast-food restaurant are setting the menu based on citizen's requirements only. The set are smaller in Malaysia as Malaysian usually eat less(is it??) some more, they added that only the sizes of burgers at Burger King are remained the same even in Malaysia, so we headed towards there for some food...i knew Mohannad was terribly hungry from his expression when we reached Burger King :)
The burger is large even though i ordered the regular set, i shared it with my sis and kai wen, and we felt full by the skin's of our teeth.
at BURGER KING to fill tummy 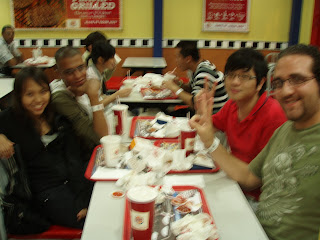 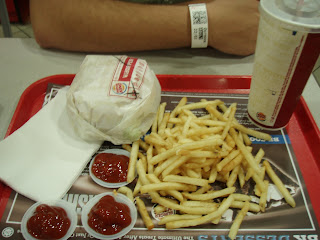 oh, an innocent expression or confused one??
cute :) 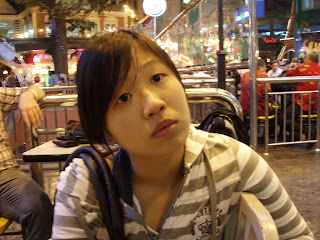 the background was nice, drizzly and misty. 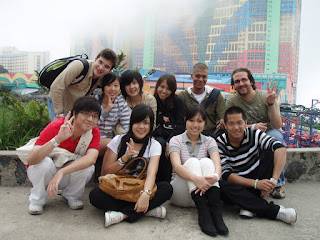 Reza seemed worry and anxious, as they were going to play an excited game 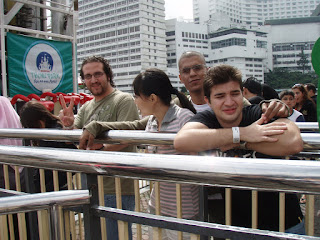 a shoot bofore the irritant game 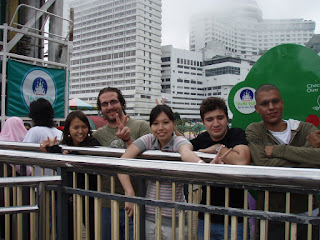 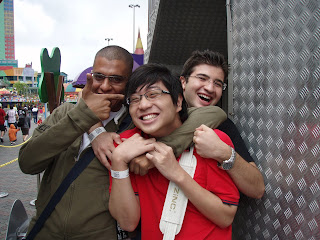 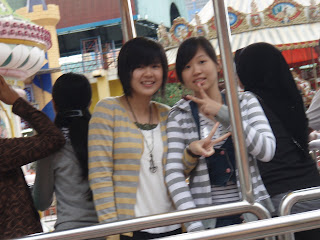 the night landscape captured at the Genting mountain's top 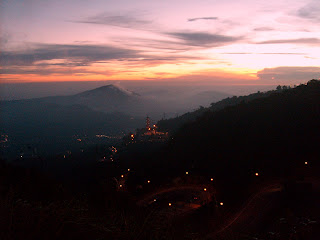 Reza, Dina, Mohammed and Mohannad went back at 7pm, as they they need to get abreast of the cable car which took off at 7.30pm. So left me, my sis, kai wen, ronald, yee ling and her bf. Guess what we did there?? we went to ride the merry-go-round :) Dont ever think that we are childish, we're just trying to dig out our childhood reminiscenes only. We took some photo there.
Yee Ling & her boyfriend
so sweet <3 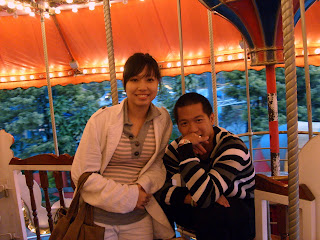 me, kai wen and ronald 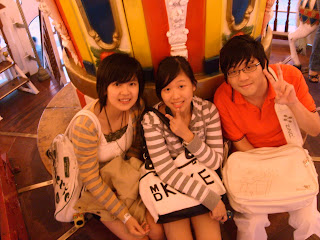 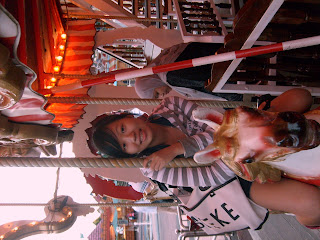 my sis, yee hoon did enjoy as well :) 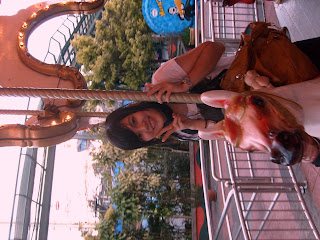 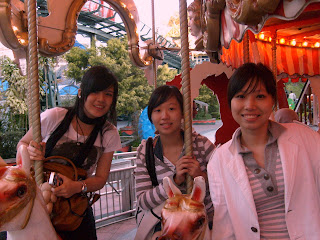 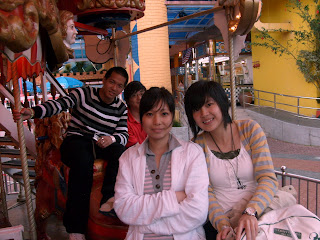 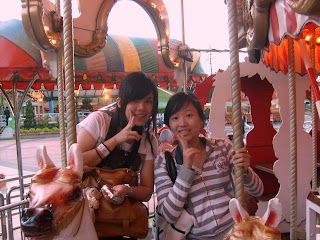 Posted by valerieyeehong at Thursday, April 09, 2009